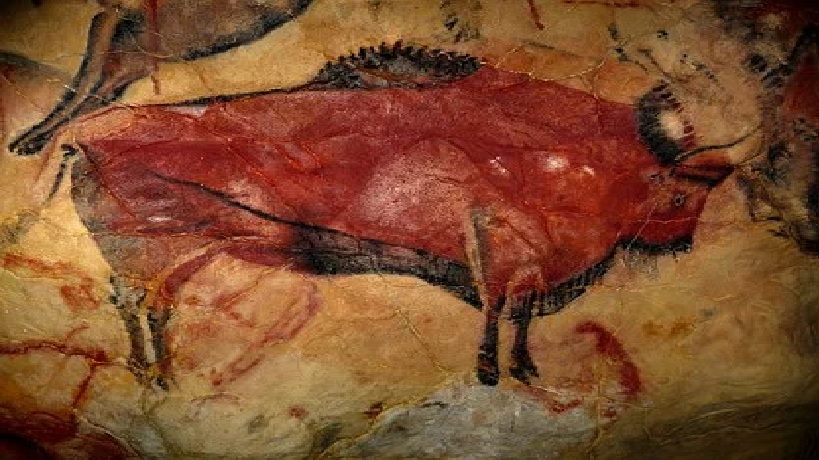 The paleo diet for weight loss and better health — what’s the deal? Is following a paleo diet a good way to lose weight and get healthier? Yes, it is.

But probably not for the reasons a lot of us think.

The “paleo” in “paleo diet” comes from a Greek word that simply means “ancient” – same as in “paleontology.” The idea behind this diet is to eat what our bodies evolved to thrive on over a period of millions of years.

That was before the advent of widespread agriculture around 10,000 years ago when dairy, legumes, and (especially) grains were introduced into the human diet – food which, in the grand scheme, we haven’t been eating long enough to have adapted to very well.

The premise seems to make sense. We will do better on the foods we’ve been eating since the infancy of the race right up to almost the present.

And the paleo diet does indeed work for weight loss and better health.

What Is the Paleo Diet and Why Does It Work?

No less an authority than the Mayo Clinic explains the paleo diet this way . . .

“A paleo diet is a dietary plan based on foods similar to what might have been eaten during the Paleolithic era, which dates from approximately 2.5 million to 10,000 years ago. A paleo diet typically includes lean meats, fish, fruits, vegetables, nuts and seeds — foods that in the past could be obtained by hunting and gathering.

“A paleo diet limits foods that became common when farming emerged about 10,000 years ago. These foods include dairy products, legumes and grains.”

So this diet (which isn’t really a diet – and we’ll get into that) is also known as the Paleolithic (ancient stone age) diet, stone-age diet, hunter-gather diet, and caveman diet. It involves eating what people (and proto-people) ate for a long, long time before they settled down in cities and took up farming only a few short millennia ago.

“The aim of a paleo diet is to return to a way of eating that’s more like what early humans ate. The diet’s reasoning is that the human body is genetically mismatched to the modern diet that emerged with farming practices — an idea known as the discordance hypothesis.

“Farming changed what people ate and established dairy, grains and legumes as additional staples in the human diet. This relatively late and rapid change in diet, according to the hypothesis, outpaced the body’s ability to adapt. This mismatch is believed to be a contributing factor to the prevalence of obesity, diabetes and heart disease today.”

Following a paleo is a great way to lose weight, maintain a healthy weight, and get and stay healthy. It’s more in line with what our bodies have been adapted for and have grown accustomed to operating on.

What Do You Eat on a Paleo Diet?

Ancient stone age people didn’t farm, so they didn’t eat bread and oatmeal and milk and cheese. They ate what they could kill and pick. And that means they ate only meat and fish, vegetables and fruits, and some nuts.

But don’t worry: you don’t have to go out and kill a woolly mammoth or wander around the forest picking greens and gathering nuts. The Mayo Clinic folks recommend eating:

And they say you should avoid eating the following on a paleo diet:

(But avoiding potatoes is doubtful because ancient peoples, as well as many primitive peoples today, ate a great many roots and tubers they dug up – for the nutrients and the much needed calories.)

So (again according to the Mayo Clinic) here’s what a typical day’s menu on a paleo diet would look like:

Does this look familiar? It should.

What Happens When You Eat a Paleo Diet?

More than a few studies and randomized clinical trials have compared the paleo diet to other sound health-promoting and weight-loss diets such as the Mediterranean Diet. They indicate that a paleo diet has several advantages and greater benefits, for example:

Bear in mind, though, that larger and longer-term studies are needed to fully understand the health benefits and risks of adhering to a paleo diet over the long haul.

Are There Any Drawbacks to a Paleo Diet?

Although a paleo diet is chock full of the good stuff, there have been some concerns about the lack of grains, legumes, and dairy.

These are some good sources of fiber, vitamins, minerals, and protein and calcium (in the case of dairy). But with the burgeoning incidence of gluten intolerance and lactose intolerance, this is a very good thing for many people. And, of course, grass-fed beef and nuts are pretty expensive.

And then there are some factual, historical questions . . .

First of all, the underlying hypothesis may be a gross oversimplification. In fact, the way our nutritional needs and adaptations have evolved is more complex and involves more factors than is commonly assumed, for example:

Still, none of this changes the fact that a paleo has helped and can help many people attain their fat loss, weight-management, and health goals.

Is the Paleo Diet a Common-Sense Diet?

It is basically just a distillation and aggregation of all the good diet advice you’ve heard all your life. All those sensible things like not eating too much fat, avoiding bad carbs, getting plenty of fresh fruits and vegetables, and so on.

But, as we all know, all that plainly packaged good advice seldom makes much of an impact.

But a paleo diet – now that’s cool and sexy! Eat like a caveman – that sounds adventurous.

So a paleo is conceptual packaging that makes eating right more appealing.

How Can You Implement a Paleo Diet?

Although what we said just above is basically true, there’s still more to it than that. You have to have your macronutrient percentages at the optimal levels, and you need to know which food choices are good, better, and best.

If you’re going to suffer through the hardship of foregoing cheesecake and home-baked bread, you want to get it right.

You can with the Paleo Beginners Guide. Find out how to make a paleo diet work for you to lose weight, improve health, and increase energy.

The 3 Keys to Effective Weight Loss and Increased Muscle Mass