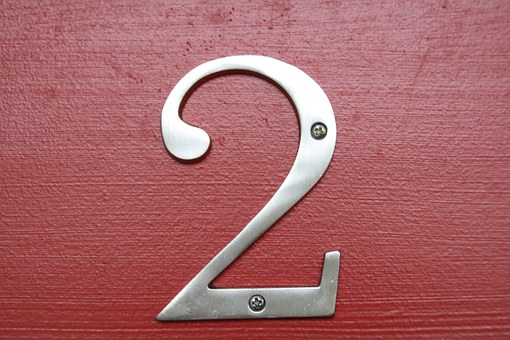 Antioxidants and poison avoidance are steps for better health and longer life – which Mom knew that intuitively long ago.

As much as we hate to admit it, we know our mothers were right about most things. You know…simple, but important things like always putting on clean underwear before you go out, brushing your teeth every day, and eating fruits and vegetables, and not consuming junk and chemicals.

And now Mom has science to back her up.

Mom may not have known the why, but she was certainly right about what. Let’s first take a look at why you should always eat your fruits and veggies (as she always said). And one of the top reasons is the antioxidants, especially alpha-carotene, you get when you do.

So why is the consumption of antioxidants one of the steps for better health?

Antioxidants counteract the harmful effects of oxidation, which occurs as a result of several essential bodily functions. The catch is, though, that it’s a catch-22 situation. The oxidation reactions that sustain life also release free radicals and these cause other reactions that damage cells. What antioxidants do, then, is a function to terminate the damaging free-radical reactions and so counteract the cell-destroying aspects of oxidation.

But there’s another problem…

You know that exercise is a crucial component of a healthy lifestyle – for weight loss, fitness, well being, and a host of other wellness and fitness benefits. But because exercise increases your body’s oxygen utilization, it also steps up the oxidative processes and the production of free radicals.

So, you have to exercise to be healthy, but then you need something to counteract the associated damage of oxidation and free-radical production to cells and DNA. And that “something” may well be alpha-carotene, which you can get from consuming the right fruits and vegetables.

A 2010 study found that alpha-carotene appears to be “associated with a reduced risk of dying,” which is definitely good news.

“Oxygen-related damage to DNA, proteins, and fats may play a role in the development of chronic diseases like heart disease and cancer . . . Carotenoids . . . are produced by plants and microorganisms and act as antioxidants, counteracting this damage. Carotenoids in the human body are obtained mainly through eating fruits and vegetables rich in the nutrients, or through antioxidant supplements.”

According to the same study, researcher Chaoyang Li and colleagues set out to determine “the relationship between alpha-carotene and the risk of death among 15,318 adults age 20 and older.”

The conclusion about steps for better health?

Carotenoid antioxidants – but particularly alpha-carotene – serve to counteract the “oxygen-related damage to DNA, proteins and fats” and so help to ward off “chronic diseases like heart disease and cancer.”

And you can find these antioxidants in dark-colored fruits and vegetables such as sweet potatoes, carrots, broccoli, collards, and spinach. All those things that Mom kept harping on you to eat. She was right, you know.

Step 2: Don’t Consume These Poisons If You Want Health and Long Life

First comes the consumption of antioxidants, and then there’s the avoidance of consuming poisons as steps for better health.

Still, you need to do more than eat your veggies and consume antioxidants.

Once again your mother was right. When she told you not to put bad stuff into your body. You know, things like cigarette smoke, drugs, too much alcohol, and junk food – which you probably did anyway when you were young, but try to avoid now that you’re older and wiser.

Why would you want to keep consuming substances that are toxic, capable of inducing adverse reactions ranging from headaches to ADD to even seizures? You likely wouldn’t if you knew what they were and how bad for you they are.

No doubt, you’ve heard by now how bad Aspartame can be, but it may be worse than you know.

It has been estimated that the consumption of Aspartame can lead to more than 90 different adverse reactions and side effects. These range from the just uncomfortable to dangerous. And what makes this even worse is that you may be inadvertently consuming this substance, which has been called a “blatant neurotoxin,” even when you’re trying not to.

So even if you try to avoid Aspartame-containing soft drinks, you still may be taking in a good amount of Aspartame. For it is added to a host of food and drink and medicinal products that we all put into our bodies almost daily. Here are some of the products that contain Aspartame:

Aspartame is one of the most common calorie-free sweeteners, but you may not be aware that it took a long time to get FDA approval.

It wasn’t until 1981 that it was approved for use in dry foods. It took nearly a decade of unrelenting political pressure to get FDA approval for Aspartame because test results showed associations with seizures and brain tumors in lab animals. But, despite this possibility of Aspartame consumption leading to damaged nerve and brain cells, FDA approval was pushed through anyway.

So what happens when you consume Aspartame?

“When your body processes aspartame,” according to Healthline, “part of it is broken down into methanol. Consumption of fruit, fruit juice, fermented beverages, and some vegetables also contain or result in methanol production. As of 2014, aspartame was the largest source of methanol in the American diet.

“Methanol is toxic in large quantities, yet smaller amounts may also be concerning when combined with free methanol because of enhanced absorption. Free methanol is present in some foods and is also created when aspartame is heated. Free methanol consumed regularly may be a problem because it breaks down into formaldehyde, a known carcinogen, and neurotoxin, in the body.”

The hard part, though, is avoiding Aspartame even when you want to because it appears in so many places other than just as the brand-name sweeteners NutraSweet and Equal. Its use is so widespread in foods and beverages because it is far sweeter than sugar and so less of it has to be used for a comparable sweetness level.

And this means, of course, that you must be constantly vigilant and do a lot of label reading as steps for better health.

The other culprit, the second substance you should avoid for longer and healthier life, is sucralose.

This artificial sweetener is most often found under the brand name Splenda but is still found in many food and beverage products. And while it hasn’t gotten as much bad press as Aspartame, there is a growing body of evidence indicating that it can have some pretty harmful effects.

In fact, sucralose was accidentally discovered during attempts to create a new insecticide.

Basically, sucralose is chlorinated sugar, and chlorine is considered a carcinogen. In addition, it was approved for human consumption after only a fairly short study, and most of that conducted with animals. Without any long-term studies to determine the effects of sucralose consumption on humans, we just really don’t know how harmful it may be. But evidence keeps coming in.

Sucralose consumption, for example, is connected to several gastrointestinal problems such as an increase in intestinal pH and reduction in beneficial intestinal bacteria. Ingesting this substance has been associated with side effects that range from the mildly irritating to the downright dangerous, things like coughing, skin irritations, anxiety, and even depression.

So if you’ve been experiencing any of these, it might be a good idea to check your sucralose consumption.

Still, many reputable authorities who claim that sucralose is perfectly safe. So what’s the big deal?

The big deal is that sucralose (unlike sugar, which is bad enough for your health) is a synthetic substance that your body simply can’t use in any way.

“Of the three sweeteners, sucralose has been touted as the most natural, but that claim ‘has more to do with clever marketing than with chemistry.’ . . . Although sucralose is made from sugar, its chemical structure is significantly different.

“A molecule of the artificial sweetener has three chlorine atoms, whereas sugar has three pairs of oxygen and hydrogen atoms. . . . Sucralose . . . slips through undigested, as does saccharin—a compound of carbon, nitrogen, oxygen, and sulfur atoms. ‘The body doesn’t know what to make of it, so it doesn’t make anything'” (Discover).

The upshot is that sucralose can still increase glucose and insulin levels (which is bad news for diabetics) and can adversely affect gut health. Also, the evidence is pretty clear that cooking with sucralose produces harmful substances called chloropropanols, which can increase the risk of cancer.

So, in short, avoid sucralose as steps for better health.

Listen to Mom and Common Sense

If then, you want to live a longer, healthier life, you’ll need to follow these steps for better health. Eat those dark-colored fruits and vegetables – the one loaded with antioxidants – at every meal, and don’t put bad stuff into your body, particularly Aspartame and sucralose.

Add to that sensible exercise (but steer clear of the widespread fitness and weight loss myths), and you should be good to go with these steps for better health.

And, finally, be sure to have your bandanas handy when you go to the gym – if, that is, you want to go in style.