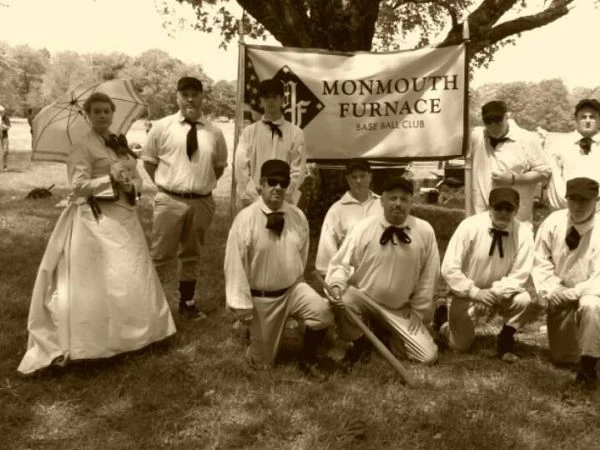 Baseball and not baseball is the original, the all-American sport, America’s national pastime, as it has been called. But really it’s so much more than a mere sport.

Part sport, part dance, and with a little physics thrown in, baseball is for players who are both athlete and artist. And on the baseball diamond, inside that fence, you find a microcosm where the human drama is played out on a small scale.

You find man against man, man against the elements, man struggling with himself – players outmaneuvering others bent on impeding their progress, fighting gravity and inertia and mud and dust, overcoming their own fears and deficiencies, displaying both boldness and costly caution, using the tools and playing within the rules and boundaries that make the whole thing possible. It is life distilled to an exciting essence.

In that microcosm, you’ll also find the essential human quest on display: the struggle to get back home (or to home plate).

Just like Odysseus or like Frodo and Sam, players leave home with a bang and then strive to return – in the face of all those enemies and conditions and twists of fate that conspire to keep them away from home, yet aided along the way by the help of those on their side. Basically, it’s the sport that shows us life.

But baseball today isn’t what baseball once was. Today, we have multi-million-dollar professional athlete-specialists and strident, overzealous Little League parents pushing their kids to do what they couldn’t. Once, though, the game was played for the sheer love it.

And that’s why we have things like Monmouth Furnace Vintage Base Ball.

Why Vintage Base Ball Re-Enactments?

Why? Well, mostly for a love of the sport in its purer, closer-to-original form. And also because it’s loads of fun. But a lot of the men (and women, of course) who get involved in these re-enactments are also keen history buffs who simply want to bring a little of our past into the present and be involved in it, much like Civil War re-enactors.

“This sport – which typically reenacts gameplay from a range of years between 1858 and 1886 – has existed for roughly 30 years and has become something approaching an obsession for many of the players on the approximately 400 teams around the country.

“It harkens back to the beginnings of the game as we know it, appealing to those who want to learn the history of baseball and crave a simpler time when players weren’t millionaires (they often weren’t paid at all), owners weren’t billionaires, and stadiums didn’t have massive high-definition screens, thumping music, and t-shirt cannons” (The Hardball Times).

Here’s how John “Lefty” Coray, who plays for the Vintage Base Ball Club of Dirigo, Maine, explains it: “Vintage baseball . . . represents the origins of the sport I love and still play competitively today. As a lifelong player and avid baseball fan, discovering vintage baseball offered me the opportunity not only to research the origins of the sport but also to play the game and actually immerse myself into the experience.”

The Monmouth Furnace Vintage Base Ball team uses, as do many others, the “1864 baseball rules.”

First of all, as you can see, back then in the nineteenth century it was called baseball, not baseball. And, according to Russ McIver, the driving force behind Monmouth Furnace, there are several other significant differences between baseball then and baseball now, for example:

The rules of the game, though, at this time in the nineteenth century, were still evolving. In 1883, for example, overhand pitching was incorporated, and in 1893 the pitcher’s mound was moved out to 60′.

It’s just that Monmouth and many other teams have adopted the 1864 rules as best representing baseball of that period. In addition, many of the vintage base ball teams are named after and based on real club teams from the mid to late nineteenth century.

So where did this Monmouth Furnace Vintage Base Ball outfit get its name? That is an intriguing story.

The Monmouth Furnace was an active bog iron (iron smelting) facility in Monmouth County New Jersey in the early nineteenth century. Fifty years after the fires were finally put out and the doors closed, this facility’s grounds, Allaire Village, became a place a major league baseball team used for spring training.

The Brooklyn Dodgers used it for training (one spring) around the turn of the twentieth century, back when they were often referred to by their unofficial name of the Brooklyn Bridegrooms.

Originally, the property was an Indian ceremonial area until 1750 when a sawmill was established. A village grew up in the immediate area when the bog iron furnace got going, which was originally known as the Williamsburg Forge, later becoming Monmouth Furnace, and finally renamed the Howell Works when it was taken over by Benjamin B. Howell.

The foundry, a wood-burning furnace, closed for good in 1846. Eventually, in about 1922, it was purchased by philanthropist James P. Allaire who wanted to establish a self-contained community, hence Allaire Village, which is now owned by the state of New Jersey.

But the historical ties with both base ball and baseball remain strong.

“Vintage squads from other states consider the Historic Allaire hallowed ground. It was the spring training site for the 1898 Brooklyn major league team which later became the Dodgers. The village, in Wall Township’s State Park, was an iron-making ‘company town,’ in the 1800s. Today it is a living history museum with guides in period clothing who take visitors through restored buildings” (Patch).

It was only natural, then, that a vintage baseball club from the area would assume the name of Monmouth Furnace.

Russ McIver’s Role – The Man Behind Monmouth Furnace Base Ball

And who is this Russ McIver character we keep mentioning?

Russ is the Club Captain of (and driving force behind) the Monmouth Furnace Vintage Base Ball Club. He is also the successful owner/operator of Connections Unlimited, a computer networking company.

And he is a keen (and contagiously enthusiastic) local historian who conducts historical “interpretations,” a sort of living history performance to help the audience get a genuine feel for the subject and the period. And this is what Monmouth Furnace Base Ball grew out of.

Russ gave an interpretation concerning Monmouth Furnace, Allaire Village, and the connection to the Dodgers/Bridegrooms. Owing to this, as well as connections to the American Society for Baseball Research and the Mid Atlantic Vintage Base Ball League, he was asked to stage a vintage baseball game there.

So Russ put together a team of interested and like-minded people and put on the game. Then they were asked to play in other places. And so the Monmouth Furnace Vintage Base Ball Club was born, and the team began playing all over . . . to the delight of baseball fans and history buffs.

Today, thanks in large part to Russ, Monmouth Furnace is part of the Mid Atlantic Vintage Base Ball League, which boasts 30 teams and stretches from Maine to Virginia. The Monmouth Furnace team has traveled to and played games in many other states besides New Jersey, including New York, Pennsylvania, and Delaware, and once played a team from Colorado at an event in Philadelphia.

For a long time, this area didn’t have any true vintage baseball teams. But now, owing to a certain baseball fan and historian named Russ McIver, there’s Monmouth Furnace.

Vintage Base Ball Uniforms and Caps

But what’s a vintage baseball team without period uniforms and caps? Without those, a lot of the historical magic and just sheer fun would be lost.

When Russ and Monmouth Furnace first got going, they were looking for a kind of uniform that would reflect or parallel the clothing worn by iron-foundry workers back in the day. So they settled on white shirts with cravats and grayish-tannish Dickies for the trousers. But they still needed caps.

They wanted a style of cap that would be true to the fashion of the era. So Russ asked around and finally found Wholesale For Everyone, a New Jersey-based company. The Monmouth Furnace team has now made two large orders and a smaller one with Wholesale For Everyone. Dan Weaver and Wholesale for Everyone are, according to Russ, “very responsive and cooperative – very helpful.”

In fact, other teams are constantly asking them where they get their caps because they like them so much. In addition, Russ said, they love the way the caps hold up – they can keep wearing them till they get that weathered look, but still keep their shape.

The team also has to be very budget-conscious, so they like the fact that with Wholesale for Everyone they get so much quality for the price when they purchase their vintage baseball caps.

So if you’re interested – a baseball or baseball fan, a history buff, or just interested in some simple weekend fun – why not get involved?

These vintage baseball players occasionally receive honoraria for playing events, and so do speakers and interpreters like Russ on occasion. But the players have to pay dues, and there are travel and equipment expenses. So donations are always welcome.

More important, though, vintage baseball teams are always looking for players. Men and women are welcome, and Monmouth Furnace itself has players ranging in age from 16 to 70.

If you’d like to find a vintage baseball team in your area, you can contact Russ McIver (who even has contacts in the Midwest) by phone at 732-859-7643 or by email at furnace@monmouth.com

The Best Hat for Fishing: A Fishing Guide