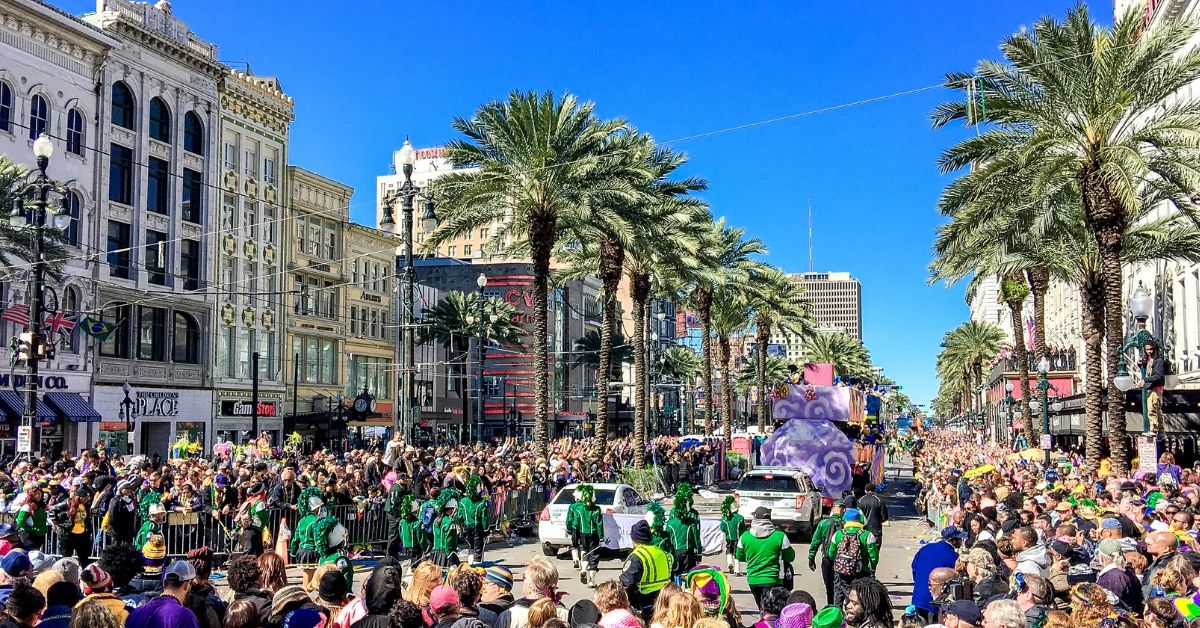 Mardi Gras is, basically, a party, a celebration – the last big bash before the austerity of Lent’s penitential season begins, the period of fasting and abstinence in preparation for Easter. In now includes elements of football.

Mardi Gras can be traced back and its origins found in medieval Europe. It is, basically, a party, a celebration – the last big bash before the austerity of Lent’s penitential season begins, the period of fasting and abstinence in preparation for Easter. Catholic cultures, like that of New Orleans, operate on a cycle of recurring feasts and fasts, like the yearly cyclical seasons.

Here’s a brief timeline that hits the highlights in the evolution of the New Orleans Mardi Gras celebration (adapted from Mardi Gras New Orleans):

Today, parades are at the center of everything Mardi Gras. They are, as Sean Gautreaux explained, public displays put on for free during Mardi Gras. “There are about 60 parades in the metro area each year. Behind each parade is a non-profit organization or club. Inside that organization is a krewe (crew) that sponsors the parade. On the final weekend of Mardi Gras, it is said that there are 1 million people viewing on the parade route, especially when it comes to massive krewes like Endymion (3000+ riders) or on Mardi Gras Day when the floats are rolling all day long. The city’s population essentially doubles with all the tourists coming in.”

Just a few of the many upcoming parades and sponsoring krewes for 2019 are:

There is, however, a new Mardi Gras twist for 2019 – the yellow penalty flag throw. New Orleanian are passionate Saints fans.

And when the Saints lost their January 20 NFC Championship Game (and lost their chance for the Super Bowl) because a certain pass interference penalty flag was never thrown, they decided to take matters into their own hands.

And so the Mardi Gras penalty flag throw was born…

“The referee flags will be thrown in several of the parades – for example, Krewe of Endymion, Krewe of Alla, Krewe of Muses, Krewe D’Etat, Krewe of Bacchus, Legion of Mars, Krewe of Eve, Krewe of Bonnepart (Lafayette, LA), and more. And how big is this thing really? On the day we interviewed him, Sean Gautreaux was on his way out deliver 400 flags to a krewe. And that was only a fraction of the total number. . . . There may lie ahead a long Super Bowl Lent (at least a year-long) for the Saints and fans, but it’s going to be kicked off with a big Mardi Gras penalty flag party.”

Read the full account here to find out how New Orleanians deal with an egregious no-call penalty . . . and why the penalty flag throws are supplied by Wholesale For Everyone.

4 American St. Patrick’s Day Traditions to Help You Get Your Irish on

Places Around the World: 10 of the Unlikeliest St. Patrick’s Day Events