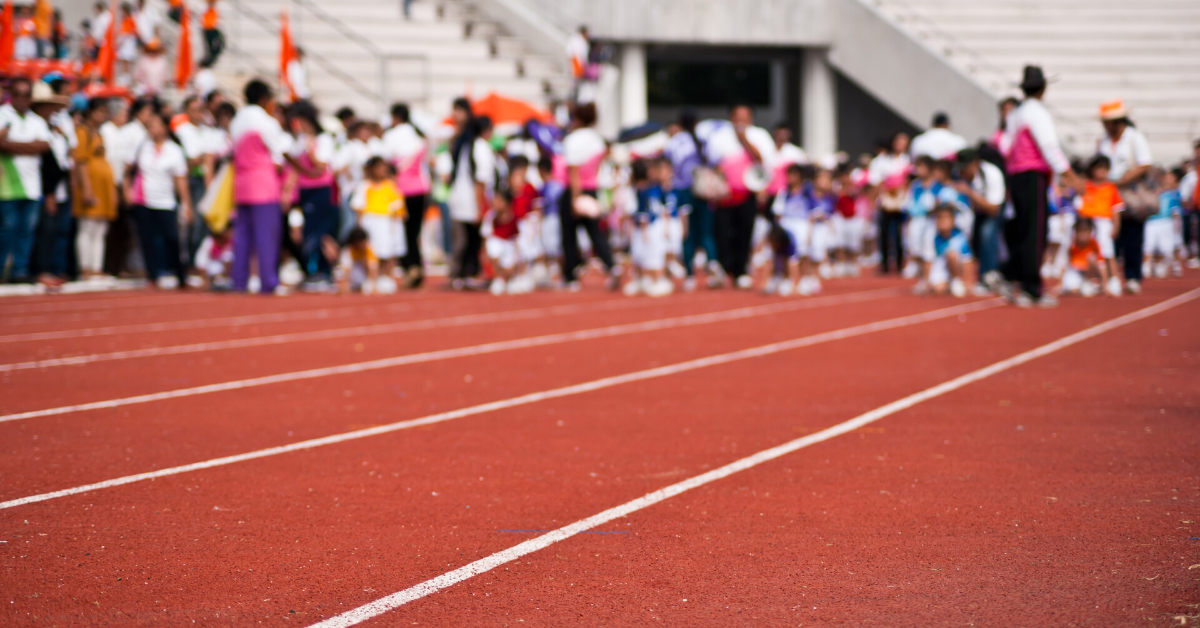 Improving Cancer Treatment and Moving Toward a Cancer Cure – $43,000+ Raised for Kids at St. Jude

This year’s rally was a resounding success. Funds delivered to St. Jude to help the kids out totaled an impressive $43,095.57. And that brings the total donated over the past seven years to over $200,000. But the success of the Talimena Rally isn’t measured in dollars alone.

You can’t judge a book by the cover, and you certainly can’t judge a biker by his beard and tattoos (or by her chaps and leather vest). That should be pretty clear from the Talimena Rally and everything the riders do for kids with cancer. As founder and event coordinator Neil Jones always says, “It’s all about the kids.”

The Talimena Rally – Providing Hope for Kids With Cancer

The Talimena Rally “Cruisin’ for St. Jude” is an annual Memorial Day-weekend event where everything – all the camaraderie, fun, registration fees, food purchased, donations – is intended to help children with cancer receiving treatment at St. Jude Children’s Research Hospital.

This rally is really quite an adventure. Riders start off at Texarkana, Arkansas, and wind up at Mena, traveling a portion of the Talimena Scenic Drive. When the rally nears Mena, local police block the roads for safe passage and an impressive procession down the mountain. And it’s not just bikers either. An Oklahoma slingshot group, the Oklahoma Blue Knights, often make the trip, as well as people without bikes, in cars and other vehicles.

The event is a chance to ride the motorcycling terrain of Arkansas while raising money for cancer research. All proceeds from the motorcycle rally go to St. Jude Children’s Research Hospital. This year’s headquarters for the event will be the Arkansas Convention Center in Texarkana.

The cost to participate is $80 before May 1 and $100 after that date. This includes two group rides, point runs, four meals, a rally T-shirt (for the early registrants), and live music by bands including Mike Mayberry and the Slow Hands on Friday night with the Bone Dancers on Saturday night. As for riding, a “Riding the Hills” group ride has been scheduled for May 24 that will include riding through the back roads of Arkansas to Glenwood. The following day (May 25) will be a group ride to Queen Wilhelmina including part of the famous Talimena Scenic Byway.

Every year in June, rally participants are welcome to ride to Memphis, Tennessee, to deliver the money raised, along with doo rags for the kids donated by Wholesale For Everyone, directly to St. Jude. They can also tour the facility and see exactly where their money is going. Transparency, according to Jones, is a top concern.

Success at the 2019 Talimena Rally

This year’s rally was a resounding success. Funds delivered to St. Jude to help the kids totaled an impressive $43,095.57. And that brings the total donated over the past seven years to over $200,000. But the success of the Talimena Rally isn’t measured in dollars alone.

For example, Tyson donated a bunch of chickens. So, to raise money for the kids and St. Jude, some rally participants cooked

chickens on an oversized grill beside the road. Other participants were able to purchase chicken dinners, and an additional $4,000-$5,000 was raised to benefit kids with cancer.

It’s pretty obvious that, as Jones said, “God has His hand on this.”

Doo Rags for the Kids

We mentioned the donated doo rags, and here’s the story on Wholesale For Everyone’s involvement with the Talimena Rally . . .

Every year, Neil personally delivers hundreds of doo rags (the quintessential biker headwear) to the kids at St. Jude. He is for them the “Biker Santa.” He takes these doo rags to the hospital and distributes them to the kids there – doo rags in all colors, but pink doo rags for the girls.

It may seem like a small thing, but it does a lot to lift up a suffering child. Jones offered this touching illustration. . .

When taking the rally proceeds and donations and doo rags to St. Jude a couple of years ago, Jones encountered a little girl named Zoe. (He has a granddaughter with the same name, which made the incident all the more impactful for him.) Zoe had been treated at St. Jude when she was one year old. But now at three years old, she was back because the cancer was back. When Zoe saw Jones in his biker regalia and wearing a doo rag, she came running up to him pointing at the doo rag on his head.

Zoe, of course, had no hair – but she got her own doo rag. Her mother’s response? “God bless you guys.”

For the next trip to St. Jude, Wholesale For Everyone will be donating 100 doo rags because, as Jones emphasizes, it really is all about the kids.

St. Jude Children’s Research Hospital (as that redoubtable resource Wikipedia says) was founded in 1962 and “is a pediatric research facility focused on children’s catastrophic diseases, particularly leukemia and other cancers. The hospital costs about $2.8 million a day to run, and there is no cost to the patient to be treated. It is located in Memphis, Tennessee, and is a nonprofit

But, really, that description just barely scratches the surface of what St. Jude actually is and does . . .

St. Jude, one of the twelve Apostles, is the patron saint of hopeless or desperate causes – and a child with cancer certainly fits that bill. This saint can provide hope for those who find themselves in desperate or dire circumstances. And that’s exactly what St. Jude Hospital does as well – bolstering hope for afflicted children by providing free treatment and searching for cures.

Today, St. Jude Children’s Research Hospital “is leading the way the world understands, treats and defeats childhood cancer and other life-threatening diseases.” In fact, St. Jude has increased the survival rate for kids with leukemia from 4% to 94%. And they won’t stop till no child dies from cancer.

Check out this touching video about young Olivia who is currently receiving treatment for leukemia at St. Jude.

This unique hospital, then, has two simple goals: 1) staying “at the cutting edge of the latest medicine and research” and 2) “freeing families from the biggest burden in getting life-saving health care: the cost. . . . Families never receive a bill from St. Jude for treatment, travel, housing or food – because all a family should worry about is helping their children.” The hospital operates almost entirely on funds received from gracious donors like those involved with the Talimena Rally “Cruisin’ for St. Jude.”

What’s New for the Talimena Rally in 2020

Jones has, he told us, already been hard at work putting together the 2020 Talimena Rally. And there are some exciting things coming up.

The rally had about 235 participants last time, but in 2020, 300+ are expected. People keep coming back and bringing others with them. It’s like a big family gathering. And that means they’ve outgrown the Elks and are now staying in the Texarkana Convention Center before setting out for Arkansas. In fact, the Texarkana Convention Center is offering a dramatic discount to rally participants on rooms. The venue has 117 available rooms, and 60 of them are already booked for rally participants.

Also, the menu will be a little different in 2020 at the big fund-raising feed for riders. This time instead of a fish fry, it will be barbeque.

And there will be some new sponsors, 3 State Harley-Davidson from Bossier City, LA, for example. Jones called new owner Ronnie Dees to tell him about the rally and see if he wanted to get involved. Dees immediately offered to make a donation and will be at the rally with some cool Harley-Davidson products.

Another enthusiastic new sponsor for 2020 is Veronica Brown of the town of Greenwood, LA.

“This event,” Jones said, “has turned into something I never could have imagined a few years ago.”

Why We Do It

Wholesale For Everyone is proud to be a donor for and partner with such a worthy effort as the Talimena Rally “Cruisin’ for St. Jude.”

Founder and event coordinator Neil Jones probably explained it best. He said, when asked why he worked so hard to put on the Talimena Rally, “My whole mission is to give these babies a fighting chance – to try to find a cure for cancer.” That just about says it all.

Jacqueline Harris, Director-ECC Services, St. Jude Children’s Research Hospital, expressed her gratitude to Jones and everyone involved with the Rally this way: “It’s through commitment like yours that we are able to provide the best possible care to more than 260 children every day without further burdening their families with the medical expenses involved in treating a child with a catastrophic illness. . . . Together we do make a difference in the lives of our children suffering with the most horrible and devastating childhood diseases.”

And you too can get involved – to ride and/or donate.

Get all the details about the 2020 Talimena Rally on the Facebook page, or check out the website. You can also contact Neil and Carol Jones at 903-276-6884.

A Powerful Combination in the Talimena Rally “Cruisin’ for St. Jude” – Bikers Having Fun and Raising Funds for Kids with Cancer