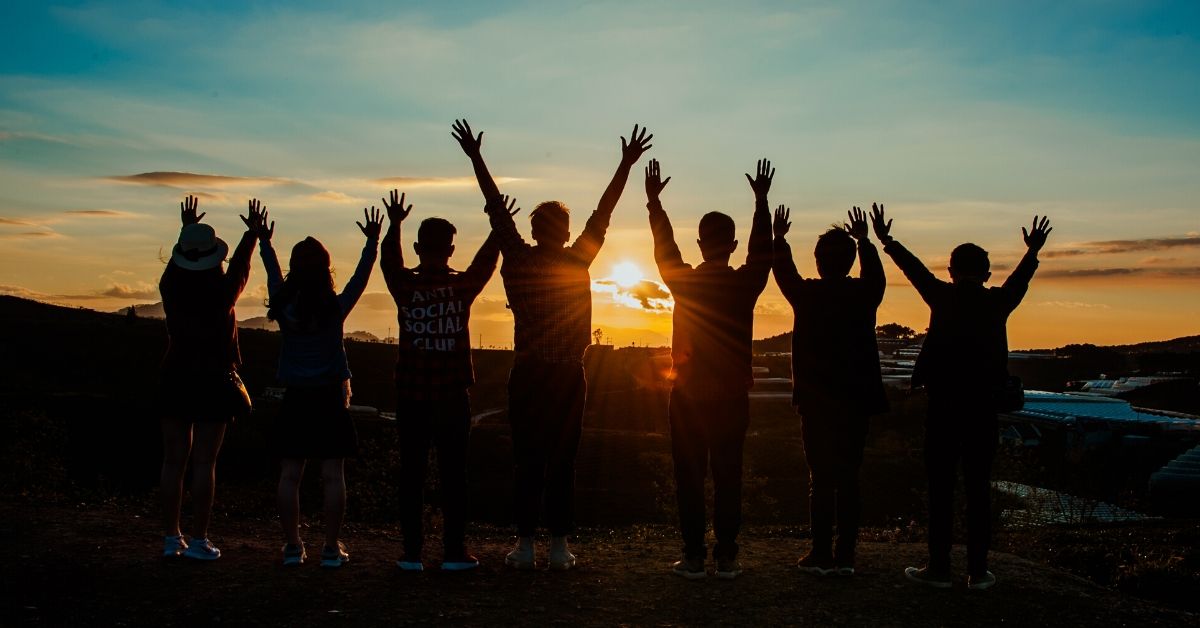 Certain segments of our population are still markedly behind in high-school graduation rates and, as a result, in earning ability on entering adulthood. It’s a situation that cries out for a solution . . . like a certain program you’ll find in Minnesota. But first a few statistics . . .

Nationwide, the Hispanic population “reached a record 59.9 million in 2018, up 1.2 million over the previous year.” In addition, Latinos are one of the youngest racial/ethnic groups in the US, with “a median age of 30 in 2018.”

While the US high school dropout rates overall have declined from 15% in 1970 to 6% in 2016, there remain some troubling rate gaps for certain groups. “Hispanic youth are more likely to have dropped out of high school than children of other major races/ethnicities.”

Obviously, then, there is a pressing need to help the large population of young Latinos/Hispanics, especially in Minnesota, stay in school in order to find greater success in adult life. And that’s exactly what Carmen Robles, the driving force behind Jóvenes de Salud, is doing in St. Paul, with a little bandana help from Wholesale For Everyone.

“Jóvenes de Salud is an after-school, peer-to-peer, youth-led mentor program.” This program, which has the support of adult mentors, taps into the power of the “It takes a village” concept to engage families and encourage students “to reach academic goals through grassroots leadership.”

Jóvenes de Salud began in 2005, with support from tobacco settlements, as a program under the auspices of the Association for Nonsmokers MN. It then continued as an LLC after the tobacco support ended. And here’s what the program focused on in the early days . . .

“Students have created educational materials and have presented supporting documents to district councils, school boards, legislatures, city hall, and state capitol legislators and representatives. In addition, they have been active in voter-registration activities.”

As a result of this commendable work, Jóvenes de Salud has been recognized as a “best-practices model by the Center for Disease Control and the National Latino Council on Tobacco or Health,” as well as having received numerous awards, “including two Minnesota State Commendations and a State Proclamation.”

Today, under the guiding hand of Carmen Robles, the work of Jóvenes de Salud has expanded to have a primary focus of helping these young people stay in school to have a shot at a better future. Besides the peer mentoring, a major ingredient in all this is her creative use of flag bandanas to instill ethnic pride in St. Paul’s at-risk Latino youth.

So who is this Carmen Robles anyway?

Robles, President of Jóvenes de Salud, is just a regular person like most of us, but also someone pretty exceptional. For she is a mother (two children), a grandmother of three (including her cat), a glass and mosaic artist, and a breast cancer survivor. She is also a respected journalist and storyteller.

In addition, Robles has 30+ years’ “experience in grassroots community development . . . bringing together key stakeholders to foster self-sufficiency within the Latino communities.” She has an impressive background in public relations, multicultural marketing, and youth development – all of which has garnered her national recognition.

Robles’ resume also includes an appointment to the Minnesota Board of Education and a stint serving as Legislative and Cultural Liaison to former Minnesota governor Arne Carlson, as well as recognition in a Peabody Award-winning mentoring campaign. On top of all that, Robles is a successful program developer, trainer, and coach, as well as an engaging motivational and inspirational public speaker, with her own consulting business. A talented woman, indeed, who is eminently equipped to lead Jóvenes de Salud.

With all the possibilities stretching out before her, though, Robles has chosen to invest her time and talents in Minnesota’s and St. Paul’s Latino Youth. It’s an investment that will pay handsome dividends – in Minnesota, society-wide, and out into the world at large.

What Really Goes on at Jóvenes de Salud

The two supporting pillars of the work of Jóvenes de Salud are:

The youth peer-to-peer mentoring program, “led by program alumni and mentors from all sectors of life,” includes:

And the many and various community-service activities include participation in:

Throughout all of this, Robles has the role of a grandmother figure who demands excellence. Her main goal, she said, is to build pride in these young people when it comes to their respective ethnic heritages and then use that as a collective force. When we asked her what she wanted to put forward here as the takeaway, she immediately responded: “These young people are totally awesome, and I want them to have pride in their ethnic heritage.” This is, as we mentioned, fostered through the use of flag bandanas.

But Robles was quick to add that “the American flag is number one.”

One of the more recent developments for Jóvenes de Salud is the emphasis on promoting opioid awareness to help do something about a problem that is nearing pandemic proportions. They are doing this through community strategy events to facilitate conversations in the Latin community about the effects of opioid abuse.

The main work of Jóvenes de Salud remains the Youth Apprenticeship Program to help kids stay in school. This is, as we mentioned, accomplished through building spirit and teamwork. Recently, for example, Blue Cross and Blue Shield sponsored a soccer team for these young people. The team never won a game, but all the kids involved stayed in school.

In addition, Jóvenes de Salud put on a baseball clinic for Puerto Rican kids who wound up in Minnesota after fleeing Hurricane Maria and the aftermath. It culminated in a picnic baseball game attended by 100 families from Minnesota and Wisconsin. And some even received tickets to a Minnesota Twins game. But they all got flag bandanas as a symbol of and to promote pride in their ethnic heritage.

And then there’s St. Paul’s Cinco de Mayo parade. Latino youth from Jóvenes de Salud has been marching in this parade for some time to, as Robles said, “instill collective pride as a community.” Every marcher wears a flag bandana denoting his or her family’s country of origin to help engender pride in heritage. And it certainly seems to be working.

Robles said she and Jóvenes de Salud have been getting the flag bandanas from Wholesale For Everyone since 2005. It was only recently, though, that she realized that the company had a human face and provided such great customer service. As Robles put it, a recent interaction with Wholesale for Everyone “showed me they have a heart.”

An order of doo rags wasn’t received as desired. But before Robles could contact the company about it, Jeff from Wholesale For Everyone called her to see if the order was received and whether it was satisfactory. And on talking to Robles, Jeff immediately set about putting things right.

Robes summed up this way: “I could buy flag bandanas anywhere. It’s the really, really great customer service that keeps me ordering from Wholesale For Everyone.”

An Investment that Pays Off Handsomely

We hear a lot about wise investing today. And the financial gurus tell us that a very good rate of return on an investment is anywhere from 7% to 15% (with the higher number pretty uncommon). But what we don’t hear as much is that investing in people, especially at-risk youth, can yield a return with percentage points in the hundreds.

And the return on that investment benefits everyone in all kinds of ways – higher wage earners buying more and stimulating the economy and paying more taxes, informed and educated voters, a better and more morally upright citizenry – all making our country a better place to live.

So if you want to make an investment that pays off handsomely, consider donating to or getting involved with organizations like Jóvenes de Salud.

And it doesn’t hurt either to shop at the businesses that support these worthy organizations.

Hope and Bandanas for Shelter Dogs at McKamey

Do Custom Printed Bandanas and Bad Marriage Go Together? Find Out . . .

Get Insane Holiday Deals on Bandanas, Handkerchiefs, Hats, and More